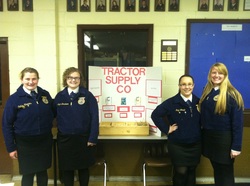 The Ag Sales recently competed in the District CDE held at Lancaster High School. The team members had to prepare a sales board ahead of the contest and then participate in a sales presentation at the contest. Contestants also had to participate in a customer relations practicum. The team of Caitlyn Rhoads, Megan Karshner, Daija Joseph, and Taylor Romine placed 5th. 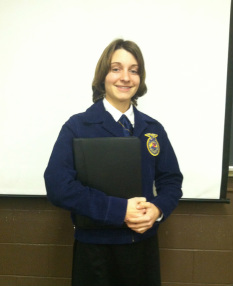 Rhiannon Hood recently competed in the district Job Interview CDE. She had to prepare a resume and cover letter for a job that she selected. At the contest she participated in a job interview, filled out a job application and composed a follow-up letter. 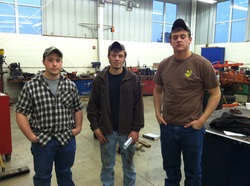 Chris Harding, Jake Topping and Cole Clark competed in the District Ag Mech Skills CDE held at Teays Valley. They placed 2nd which qualified them to advance to the State competition. 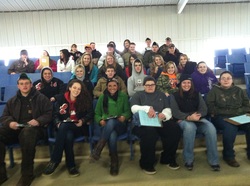 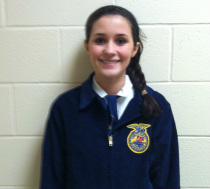 Logan Elm hosted the County Public SPeaking CDE. Contestants from Logan Elm, Teays Valley and Westfall competed in four public speaking divisions. The top two speakers from each division qualified to compete at the District competition.
Carlee Stewart competed in the Creed division, which is open to freshman. She advanced from the county competition and placed 1st at the district competition which qualified her to compete at the State level where she placed 8th in her preliminary heat.
Rhiannon Hood also competed at the County contest in the Extemporaneous division where she placed 3rd. 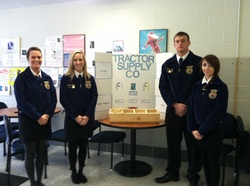 The team of Mackenzie Simpson, Kristin Elliott, Cole Clark and Kaitee Neufarth selected a product that they wanted to sell. After creating a sales summary sheet and product display board they competed in the district contest at Lancaster. Each member went through their sales presentation individually and then participated in a customer relations practicum. They also took an online quiz on Ag Sales.
The team placed 1st in the district, and 20th at the State Contest.
Kristin Elliott placed 3rd individually and Mackenzie placed 6th. 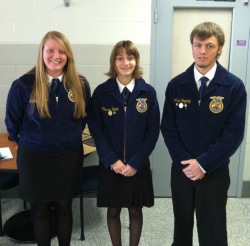 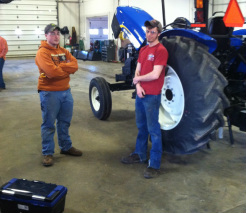 Chris Harding and Jake Topping competed in the district Ag & Industrial Diagnostics CDE held at Franklin Equipment in Carroll. They had to work together to diagnosis and repair to different bugs in each of four pieces of equipment ranging from tractors to skid loaders. The team placed 6th in the district, scoring the highest of all teams in one of the stations.

Drayah Johnston, Dustin Miller and Jacob Parker competed in the State Greenhand Quiz CDE. This consisted of an online test of their knowledge of the FFA organization. 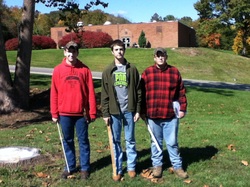 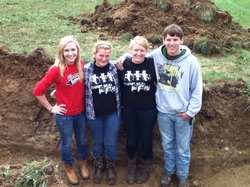 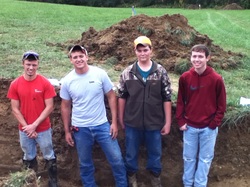 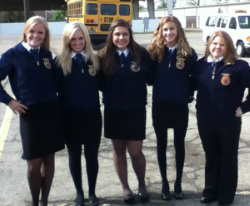 Haley Welsh, Lindsay Goeglein, Tiffany Pontius, Allie Pontius and Sierra Golden all competed in the State Animal Health CDE and placed 16th. After taking an online test prior to the event, members attended the onsite event where they participated in four different hands-on practicums and also identified equipment. 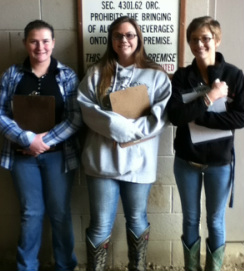 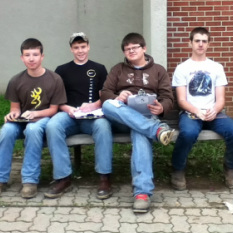 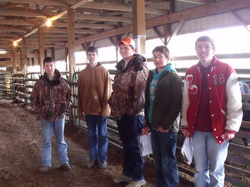 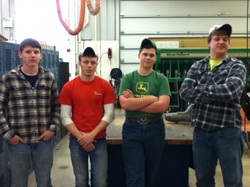 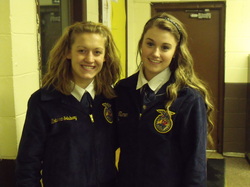 Bree Salsbury competed in the Creed Public Speaking CDE where she presented the 5 paragraph FFA Creed. Zoe Turner competed in the Beginning Prepared Public Speaking CDE where she prepared and presented a 5-7 minute speech on an Ag related topic. Both of the members had advanced to the District CDE after competing at the County contest with Westfall and Teays Valley. Meleah Brumfield and Megan Dresbach also competed at the County CDE. 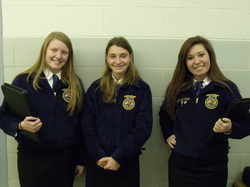 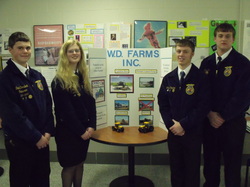 Megan and David Dresbach, Cole Clark and Jake Topping competed at the District Ag Sales Competition held at Lancaster High School. After selecting an Ag service to sell, members individually presented their sales pitch to a judge and then participated in a customer relations practicum. 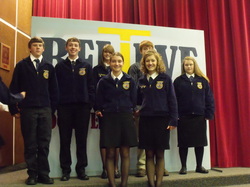 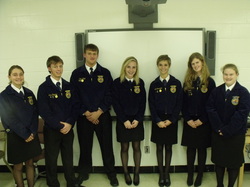 "It has been properly moved by Jake and seconded by Kristin that we amend this motion by striking out ... and adding in ... This is debatable and amendable and requires a majority vote. Is there any discussion?"This is just one example of the abilities that FFA members learn when studying Parliamentary Procedure. FFA members competed at the sub-district Parli Pro contest on Tuesday, November 29 held at Westfall. The Parliamentary Procedure Contest gives students a chance to learn the rules and procedures used to govern congressional and public meetings alike. These members have been practicing three times a week for the past month. Team members included Meleah Brumfield (president), Kristin Elliott (Vice President), Megan Karshner (Reporter), Megan Dresbach (Treasurer), Rhiannon Hood (Secretary), Jake Topping (Student Advisor), and Cole Clark (Sentinel). 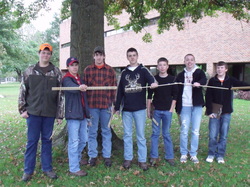 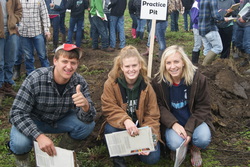 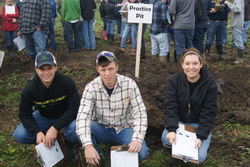